What the World Needs Now is Another Frank Sintra 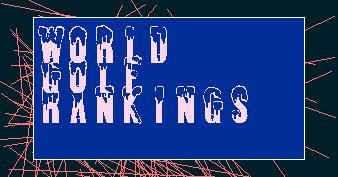 ....or so the song by Cracker goes. Actually, the world needs a LOT more than another ol' Blue Eyes - but we need to focus,dammit , so focus we will. Let's start small, and meaningful to those of us at Bushwood. Let's start with some MEANINGFUL World Golf Rankings, shall we.

The current system is a flat out mess, and is more confusing than...., well than ANYTHING. Consider these factoids:
Whaaa ? The first one leads you to believe it's long term performance...but the second suggests it is current performance. The others are just ridiculous

There can be no arguing these facts:
It is,as an old Scottish caddie once said to me, "fecked up". I could absolutely bury you with more examples if I did the research - but just check out the World Golf Rankings and see what you think. Methinks you will agree with the highlands looper, it's fecked....
-